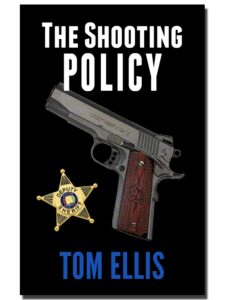 An all new Burns and Hadfield novel
A killer is stalking southern Alabama, and the body count is starting to mount. Racially-motivated shootings have left several dead…including Andy Burns’ and Jolene Hadfield’s groundskeeper. All the victims were killed with a .30 caliber carbine round, which may mean the killer is a leaving a message for the authorities, but what is it?

In the meantime, Jolene finds out about some departmental shenanigans at her police academy. Three women cadets have had their firearms altered to mess up their chances of ever qualifying on the shooting range. Jolene takes them under her wing to insure they get a second chance at qualification. With Andy’s help in the form of Burns Built pistols, the women move to the Burns’s ranch and receive the proper training the good old boys at the academy had denied to them. As the women move on to active duty, one will face a life-altering decision.

A police thriller with good guys, bad guys, and departmental politics galore. If you enjoyed Tom Ellis’ other books then this one will be a treat! The fast-paced followup to San Rafael Jacked, featuring retired cops Andy Burns and Jolene Hadfield.