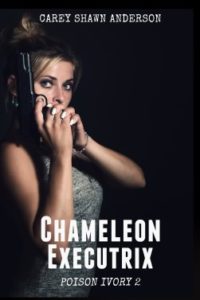 This follow-up novel from author Carey Anderson continues the exciting tale of a female assassin gone over the edge.

After losing his family to a madwoman’s bomb, District Attorney Jason Woods is now in hiding and unsure where his future lies. But unknown to him another dark force has joined the search for rogue mob assassin on the run, Anye. The Boston area Japanese Yakuza want to settle an old score with her and are willing to make the streets run red with blood to get it done.

With the FBI and multiple state law enforcement organizations hunting her, Anye must stay away from anyone who can help her, and needs to find a way to get back in control of her own destiny.